Saundra Buscemi began her musical studies at age 5 on both violin and piano. She became the youngest member of the Upper Arlington Community Orchestra in Columbus, Ohio at age 12.  After moving to Florida during high school, she became a member of the Rollins College Baroque Ensemble.  She attended the University of South Florida on a full scholarship, graduating in music performance.  Her musical endeavors, both in the United States and abroad, include 3 years with the Caracas Philharmonic in Venezuela, The Puccini Festival in Italy, Colorado Music Festival (1987-1994), and the Sarasota Opera.  Locally, Buscemi established (in 1996) and directs the violin program at Community Montessori School in Tampa.  She is also the conductor of the beginning string orchestra for Pinellas Youth Symphony.  Buscemi joined The Florida Orchestra in 1982. 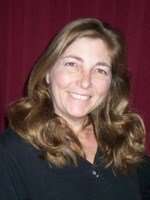