Additional orchestral engagements include performances as guest principal trombonist with the Seattle Symphony, Sarasota and Boston Philharmonic Orchestras. Ross has also performed with the Utah, Vancouver, Oregon and Albany Symphonies, as well as the Rhode Island Philharmonic, United States Coast Guard Band and Academy of St Martin in the Fields.

Ross has appeared as a soloist with The Florida Orchestra, Spokane Symphony and Gonzaga Wind Symphony, as well as at the Eastern Trombone Workshop with the Frequency Band. An avid chamber musician, Ross is a founding member of the Spokane Brass Quintet and performs regularly on recital series across Tampa Bay. As a composer and arranger for brass, Ross’ music has been commissioned and performed by brass quintets, brass ensembles and trombone choirs throughout the United States. His music is published by Cherry Classics.

As a recording artist, Ross can be heard on commercially available releases from the Seattle Symphony, Vermont Symphony, Jordan Winds and the Frequency Band. Additionally, he can be heard on the soundtracks to numerous video games, motion pictures and theme park attractions from producers such as Sony Pictures, Blizzard Entertainment, Warner Brothers, Electronic Arts and the Walt Disney Company.

Ross received his bachelor of music and master of music degrees from the New England Conservatory, where his primary teacher was Norman Bolter. His other teachers include John Drew, Grady McGrannahan, Joseph Frye and Dale Moore. Ross has also received fellowships to attend the Pacific Music Festival, National Orchestral Institute, National Repertory Orchestra, and the Tanglewood Music Center.

Outside of his musical career, Ross is an avid cyclist, hiker and backpacker. He lives in Tampa with his wife, Emily, and their two dogs, Sydney and Billie. More information about Ross can be found on his website at Ross.Holcombe.com. 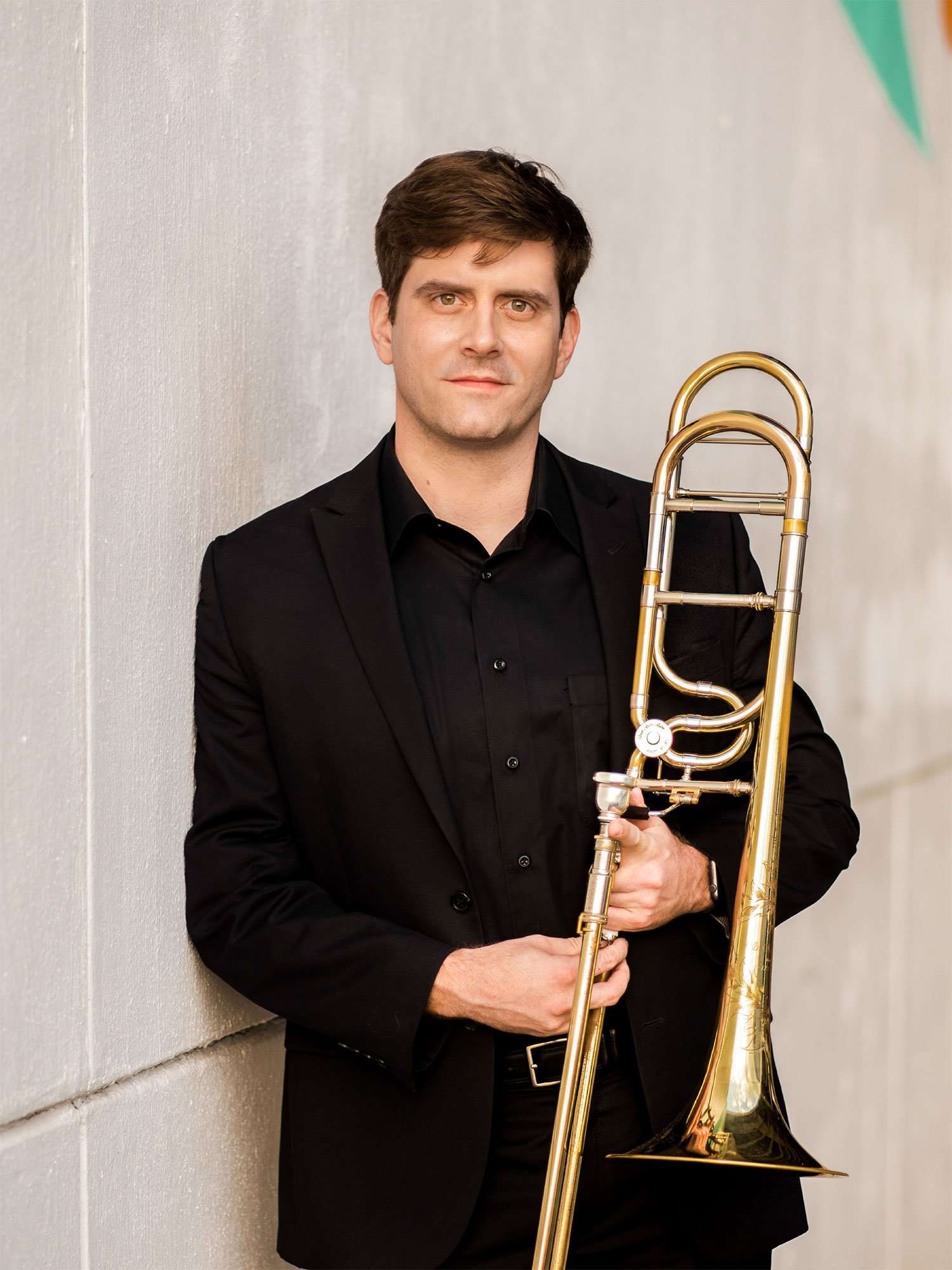