Alfred Gratta completed his bachelor’s degree at the Cleveland Institute of Music in 1987, where he was a student of Stephen Geber.  In 1988, Fred Gratta received an invitation from Lynn Harrell to join his studio at the University of Southern California (USC), where he completed the Advanced Studies Program and his master’s degree in 1991.

Upon graduation from USC, he accepted a one-year contract (1991-1992) to perform with the Orquesta Sinfonica de Tenerife in the Canary Islands as violonchelo solista (principal cello).  He became a member of The Florida Orchestra in 1994 and was appointed by Music Director Jahja Ling to serve as assistant principal cello from 1995 through 1997.  Fred Gratta is currently the president of the Greater Pinellas Music Teachers Association, a member of the artistic staff of the Pinellas Youth Symphony, and principal cellist of the Saint Petersburg Opera Orchestra. Recent appointments include principal cello of the Tampa Bay Symphony (2012/2013), assistant principal cello at the Classical Music Festival in Eisenstadt, Austria (2008 and 2011), section cello at the Bellingham Festival of Music (2009-present), and adjunct faculty at Eckerd College (January 2014) and  State College of Florida (September 2011). 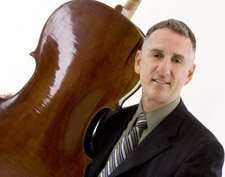