Sitting in the audience at Mahaffey Theater over the weekend offered one of those moments when time slows and your senses percolate.

The Florida Orchestra has delivered lots of these tingling experiences this season, but Saturday night was in the hypnotic range during the ethereal adagio from Joaquin’s Rodrigo’s Concierto de Aranjuez.

Among the most seductive nocturnal melodies in all music, the slow movement from this evergreen concerto received white-glove treatment from guest soloist Miloš Karadaglić, who wove his magic in and around Music Director Michael Francis’ transparent-sounding orchestra. 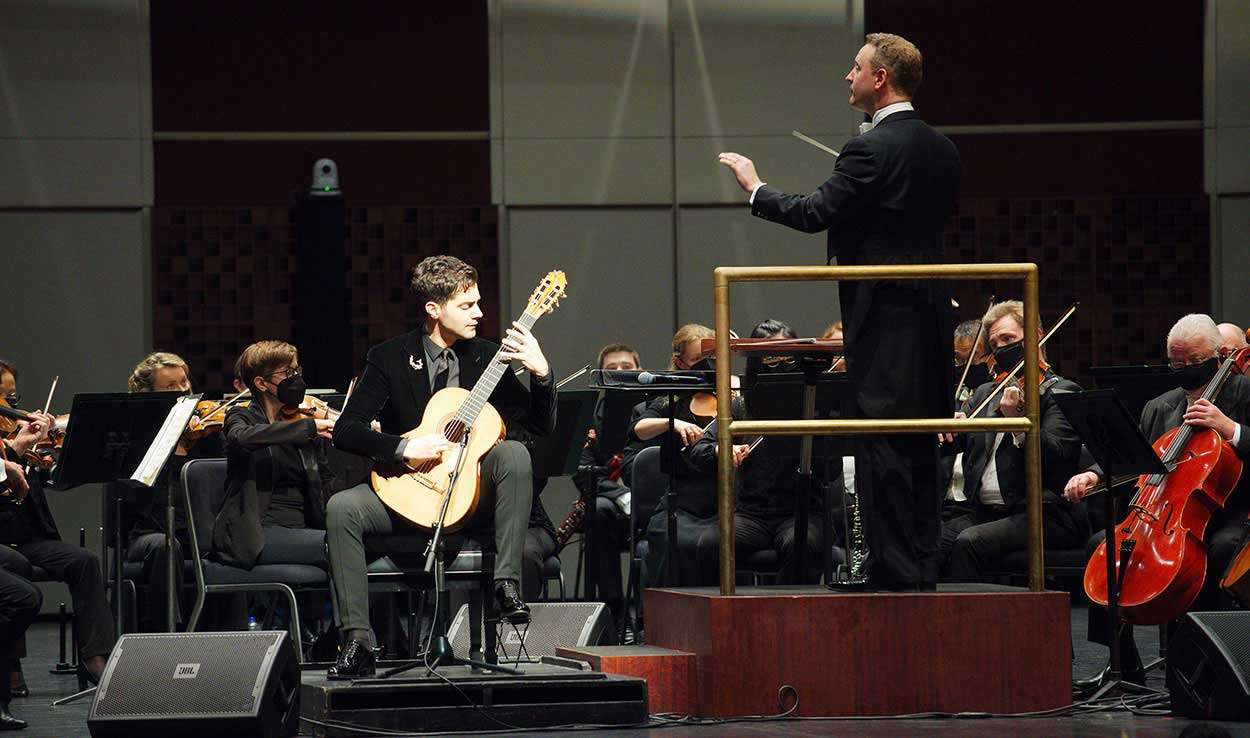 Miloš, as he is known, is well into a career as one of the world’s most coveted classical guitarists, a thoughtful, engaging virtuoso from a generation that grew up in the shadow of Julian Bream, John Williams, Pepe Romero, Christopher Parkening, Sharon Isbin and Manual Barrueco. Like those before him, the 38-year-old musician from Montenegro has made Aranjuez part of his brand.

Andrés Segovia expanded the guitar’s repertoire and gave it concert-hall status, but Rodrigo wrote the work that audiences love. Although far from innovative, the concerto’s direct, neo-classical voice carries a Vivaldi-like elegance that belies its daunting technical requirements.

The challenges begin up front with the con spirito demands of the opening movement in D major, which Miloš enriched with the textures of his flamenco-like rasqueados.

Then followed the lovely adagio in B minor, its haunting melody introduced by Jeffrey Stephenson on the English horn. Miloš made use of every fret on the fingerboard as he traversed the contrapuntal thicket, adding tensions to a solo crescendo that led to a thrilling orchestral climax. The musicians returned to the bookend key of D in the finale, a Baroque dance played entirely in staccato.

This was the ninth time TFO has programmed Aranjuez, beginning with the first performance in 1973, when former music director Irwin Hoffman led the Florida Gulf Coast Symphony (as TFO was called then) with the famed Spanish guitarist Narciso Yepes. Plenty of talented soloists have appeared since, including one of the orchestra’s own when Anna Kate Mackle was soloist in a transcription for harp in 2002.

To say TFO had fun over the weekend is an understatement, judging from Rodion Shchedrin’s Carmen Suite.  You couldn’t see the musicians’ smiles under the masks, but their eyes revealed plenty of delight in this witty tribute to Georges Bizet. Francis led his group through 13 sections full of operatic color, explosive percussion and amusing hesitations that kept listeners off balance.

Francis opened the second half with the charming Minuet from Boccherini’s String Quintet In E Major, a palate cleanser between the Carmen and concerto.

As a coda, the evening took on a more casual and intimate feel than a typical Masterworks concert. Most of the stage cleared, except for a contingent of strings, and Miloš offered an extended encore that included the Fandango from Boccherini’s Guitar Quintet No. 4, famous for its castanet-infused rhythms and cello glissandos. Next came a rare moment: Francis traded his baton for the double bass – he played the instrument during his stint with the London Symphony Orchestra – in Astor Piazzolla’s soulful Oblivion, with concertmaster Jeffrey Multer melting notes on his violin. Miloš took a seat on the podium to watch. Then Miloš wrapped up the night with another Piazzolla gem, the Argentine dance masterpiece Libertango. 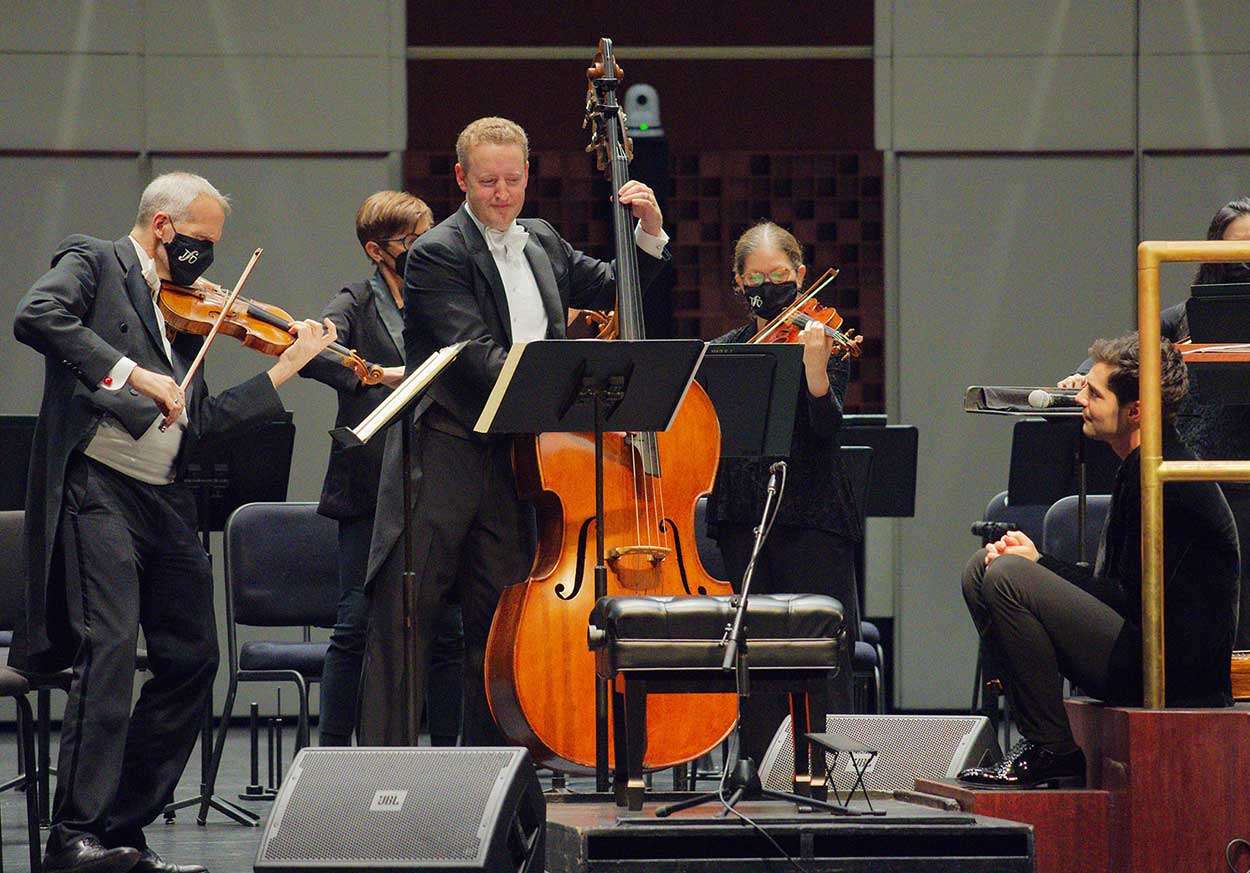 In isolation, listening to Beethoven with fresh ears

A blazing, unforgettable performance of world-premiere concerto and more