In a wide variety of concerts, from masterworks and grand opera to pops, Stuart Malina’s ease on the podium, engaging personality, and insightful interpretations have thrilled audiences and helped to break down the barriers between performer and listener.

In 2013, Malina was appointed principal guest conductor of The Florida Orchestra, leading nine concert series each season, including the orchestra’s highly acclaimed Coffee series. Now in his 21st season as music director and conductor of the Harrisburg Symphony Orchestra, Malina was previously music director of the Greensboro Symphony Orchestra and associate conductor of the Charleston Symphony Orchestra. In September of 2019, Malina was appointed music director of the Lake Placid Sinfonietta, the orchestra of the Adirondacks, which performs for six weeks each summer. This past December, he made his St. Louis Symphony debut. He made his Carnegie Hall debut in 2007, conducting the New York Pops in an all-Gershwin tribute including Rhapsody in Blue, which he conducted from the keyboard. He has recently performed with the symphony orchestras of Fort Worth, Hawaii, Eugene, Hong Kong, New Mexico, Fresno, Charleston, and Greensboro, as well as the Chautauqua Institution and the Sarasota Music Festival. Malina has had multiple engagements with the Indianapolis Symphony Orchestra, as well as the Eastern Music Festival.

In 2017, Malina led two tours of Russia through the American embassy in Moscow, bringing American music to Russian audiences in seven cities. In 2008, Malina, along with several members of the Pittsburgh Symphony Orchestra, spent 11 days in residence at the Tianjin Conservatory of Music in Tianjin, China, conducting the orchestra and coaching and performing chamber music.

An accomplished pianist, Malina has impressive credits as soloist and chamber musician. He has performed concertos in Harrisburg, Greensboro, Charleston, New York and Chautauqua, most often conducting from the keyboard. As a composer and arranger, Malina has created dozens of orchestral works, ranging from entire pops shows to works for symphony orchestra.  His most recent composition, Common Fanfare for an Uncommon Orchestra, received its world premiere by the Harrisburg Symphony Orchestra in September of 2017.

Malina’s activities also extend to Broadway. In 2003, he won the Tony award for orchestration with Billy Joel for the musical Movin’ Out. He has also served as associate conductor of the national touring company of West Side Story and as conductor of the Charleston production of Porgy and Bess.

He has been awarded the Joanne Rogers Award for contribution to the artistic life of Pennsylvania, the Jump Street Spectrum Award, Lebanon Valley College’s in 2012 Founders Day Award, the Award for Distinguished Service to the Arts from Theater Harrisburg, and Leadership Harrisburg’s Platinum Award for Servant Leadership.

Malina holds degrees from Harvard University, the Yale School of Music, and the Curtis Institute of Music, where he studied conducting with Otto-Werner Mueller. He studied piano with Drora and Baruch Arnon and with Keiko Sato.

He resides in Harrisburg, Pennsylvania, with his wife, Marty, and their two children, Sara and Zev. 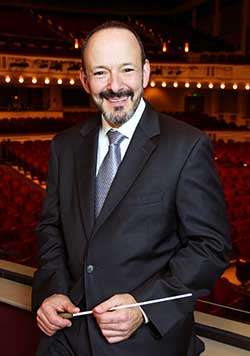