The Jay B and Marsha Starkey Chair

Michael Francis has quickly established himself as one of the leading international conductors of today.

Appointed Music Director of the Florida Orchestra in the fall of 2014, he is now entering his eighth season with a contract extension through the 2024-25 season. His role in building a wide variety of transformative community engagement initiatives has significantly grown the organization. Since 2014 as Music Director of the Mainly Mozart Festival in San Diego, California with a contract renewal through the summer of 2023, he continues his ambitious multi-year exploration of Mozart’s life. Now in his third season, Francis continues as Chief Conductor of Deutsche Staatsphilharmonie Rheinland-Pfalz. Previously, he was Chief Conductor and Artistic Advisor of the Norrköping Symphony Orchestra from 2012-16.

A former double-bass player in the London Symphony Orchestra (LSO), Michael Francis came to prominence as a conductor in January of 2007 stepping in for Valery Gergiev and John Adams with the LSO.

Francis makes his home in Tampa, FL with his wife Cindy and six-year-old daughter Annabella. 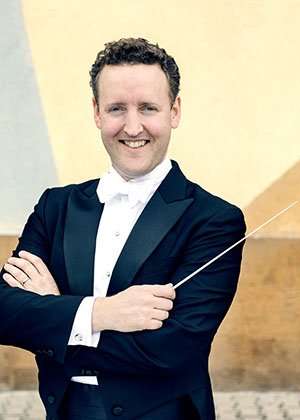