Entering his fourth season as resident conductor of The Florida Orchestra, Daniel Black has earned a reputation as a conductor capable of delivering “vital and engaging” performances. Passionate about expanding the core orchestral repertoire, in 2021 Black led the United States premiere of Eleanor Alberga’s dramatic work Snow White and the Seven Dwarfs, and in recent seasons has conducted the works of Florence Price, Jesse Montgomery, Philip Glass, Jennifer Higdon, Samuel Coleridge-Taylor, Jimmy Lopez, Gabriela Lena Franks, and more. In 2016, he conducted the Midwest premiere and first professional recording of John Harmon’s Crazy Horse symphony to great acclaim. In 2021-22, he will conduct the Florida premiere of Kevin Puts’ new Triple Concerto with the acclaimed trio Time for Three. Black has worked with internationally-renown soloists Javier Perianes, Benjamin Beilman, Monica Dewey, Camille Zamorra, Laura Pisani, Will Liverman, and others.  He has also worked closely with composers Bright Sheng, Mason Bates, Lembit Beecher, Til Meyn, and Richard Danielpour.

Fluent in Russian, and having studied at the famed St. Petersburg Conservatory, he has a particular affinity for the Russian repertoire. In 2021-22 he will conduct Galina Ustvolskaya’s little known gem Symphonic Poem No. 2 with The Florida Orchestra, and he has previously led acclaimed performances of Tchaikovsky’s First Symphony, Rachmaninov’s Rhapsody on a Theme of Corelli, and Shostakovich’s Fifth Symphony, among many others.

Equally at home in the opera pit, Black had a successful debut with Bernstein’s Candide at Michigan Opera Theatre, and has conducted Rigoletto with the Dnipro State Opera and Ballet Theater in Ukraine, Coleridge-Taylor’s Dream Lovers with Chicago’s South Side Opera Company, and The Marriage of Figaro with the Northwestern opera.  In 2017 he was assistant conductor for the China premiere of Bright Sheng’s Dream of the Red Chamber, touring China with the composer. He also was assistant conductor for two productions at Michigan Opera Theatre, Marriage of Figaro and Rigoletto, and was the Solti Foundation United States opera conducting fellow with Opera Theatre St. Louis and in 2018, the Florentine Opera in Milwaukee, working on productions of La Clemenza di Tito and The Magic Flute, respectively. Among the vocalists with which Black has worked are Emily D’Angelo, Laura Wilde, René Barbera, Nicole Cabell, Noah Stewart, Michael Day, Yijie Shi, Katy Pracht-Phares, and Madison Leonard.

Black is in demand as a guest conductor. In recent seasons he has conducted an innovative program including Stravinsky’s Dumbarton Oaks Concerto with the Hamilton Philharmonic Orchestra, a program that included Honneger’s Pacific 231 with the Buffalo Philharmonic Orchestra, Beethoven’s Seventh Symphony with the Owensboro Symphony Orchestra, Copland’s Appalachian Spring with the Dallas Basically Beethoven Festival, and more. Additional past and upcoming engagements include the Kitchener-Waterloo Symphony, San Antonio Symphony, Savannah Philharmonic, Texarkana Symphony, St. Petersburg Symphony “Classica,” Rockford Symphony, and Wisconsin Chamber Orchestra.

Black joined The Florida Orchestra as assistant conductor in 2018, and was quickly promoted to associate conductor and then resident conductor as his contract was twice extended. With TFO, he has conducted over fifty performances per season, including Masterworks, Pops, Coffee Concerts, Family and Youth concerts, film concerts, and more. Prior to his engagement with TFO, Black served as assistant and then associate conductor of the Fort Worth Symphony in Texas, conducting over 150 performances.

Black has studied conducting at the St. Petersburg Conservatory, Eastman School of Music, and Northwestern University, counting among his mentors Leonid Korchmar, Neil Varon and Victor Yampolsky. He has studied composition with Richard Danielpour. 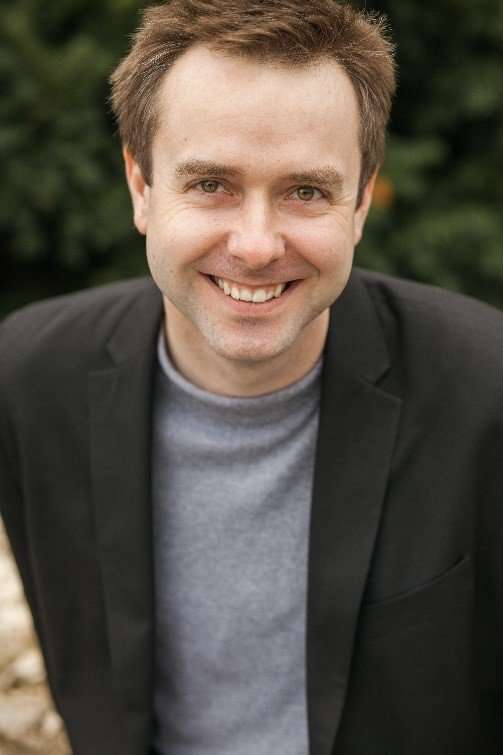